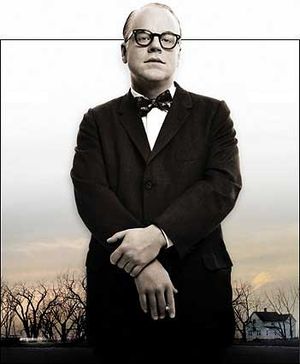 The narrator tells Holly stories of his difficult childhood. Holly talks about hers too, telling the stories of her happy childhood, at which point the narrator asks if her stories are true: did she really run away at fourteen? Holly responds by rubbing her nose and stating that the stories has been made up, only because she did not want to seem like she was competing with the narrator over who had a worse childhood. The narrator and Holly stop discussing their childhood, and Holly wants to go looking for peanut butter for her brother Fred. 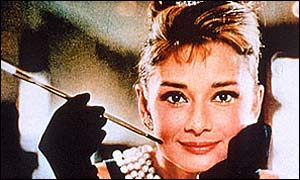 The narrator and Holly spend the rest of the afternoon going through a multitude of stores searching for peanut butter - which due to the war is hard to find - and end up with only six jars.

As the narrator and Holly pass a Woolworth’s, Holly pulls the narrator into the store and talks him into stealing Halloween masks. The two of them put on masks while the sales lady is occupied, and walk out. They run a few blocks away, not because they are being chased, but from the exhilaration of stealing. Holly tells the narrator how she had to steal in the past just to get by, and how she likes to steal things once in a while just to stay in practice.

Holly's dislike for cages emulates her own feelings that she does not like to be caged or tied down. She does not want to be attached to anybody nor anything until she finds a place of her own; a place she could call her home. She wants to remain an independent spirit. What she does not realize, however, is that even with her attempts to keep herself distanced from everyone, she still has an impact on their lives; she is still a part of their lives.

Despite the friendship that exists between the narrator and Holly, the sister-brother-like relationship (Garson 87), Holly does not give the narrator the true account of her childhood, when she is asked about it. Instead of telling about the difficult life and her running away from it, she tells him about times full of swimming in the summer, Christmas trees, pretty cousins and parties (54). For her, fictionalizing, inventing stories and hiding behind a mask is better than facing the reality because the truth is too painful and may sometimes bring on the "mean blues" (sadness) or the "mean reds" (fear) (Garson 82-83).

Fred, Holly's brother, is also the most important person to her. He is so close to her that Holly even envisions herself, some time in the near future, in a house in Mexico, near the sea, where she and Fred could live together (Garson 85). He is the only person whom she really loves and cares about. There is such a big bond between them that even on that day, the day of celebration of the narrator's success, Holly still remembers about her brother. In spite of the scarcity of many products during the World War II due to a great demand on them overseas, she decides to find some jars of peanut butter, which Fred loves, to send to him.

"Her rules are her own, derived from a desire for independence and the need to survive in a world she has known to be cruel or indifferent to those who are unprotected" ( Garson 82) plus "her irresponsibilty, childlike unself-consciousness [...] fantasy existence [and] living [...] devoted to having fun" (81) are the reasons why she ever started stealing and keeps doing that, particularly on that day with the narrator. Even if her earlier thefts were a necessity for her and her brother to survive, the act of stealing of the Halloween masks from Woolworth's is, according to Miss Golightly, just for fun.