Joe Bell presents the newspapers to the narrator regarding the arrest of Holly Golightly. He immediately thinks that Madame Spanella is to blame for the arrest, as she is always reporting complaints about Holly. Joe Bell is enraged when the narrator actually confesses that he, too, thinks Holly was involved in the drug smuggling. He later admits that Holly may have been unknowingly involved. The newpaper article lists the accounts against Holly. They both go back to Joe's bar to make phone calls to get Holly released from jail. First, they attempt to contact O.J. Berman, but he does not want to be disturbed because he is receiving a massage. Next, they call Mr. Trawler. He is away to dinner and the butler asks if he could take a message. Joe Bell shouts into the receiver that "this is urgent, mister. Life or death" (95). 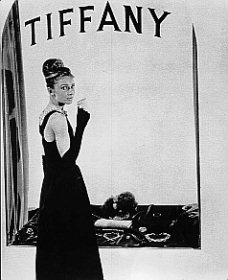 Audrey Hepburn in Breakfast at Tiffany's

They try to leave a message with Mag Wildwood, but they are unsuccessful. Mag Wildwood begins to talk about how she and her husband would sue if anyone attempts to connect their names with Holly. The narrator hangs up before Mag Wildwood could finish her coversation. The narrator finally contacts Mr. Berman. By that hour, Berman is already aware of the news and pays a lawyer from New York to get Holly out of jail. Berman told Iggy Fitelstein, the lawyer, to take care of the situation, but to keep his name anonymous. Berman also calls Holly "crazy. A phony. But a real phony, you know?" (95). Berman told the narrator not to worry that Iggy will have her out that night.

Holly wasn't out that night or the next morning when the narrator goes to feed her cat. The narrator doesn't have a key, so he enters the apartment through a window. He finds the cat in the bedroom and a man there packing a suitcase. The narrator and the man thought of each other as a burglar. As the narrator stares at the man, he realizes that the man resembles Jose. The man turns out to be Jose's cousin. The narrator asks, "Where is Jose?" (96). The cousin repeats the question and says, "She is waiting," (96) and returns to what he is doing. Before the cousin leaves, he presents a letter to the narrator that reads "For Miss H.Golightly-Courtesy Bearer" (97). The narrator sits on Holly's bed and hugs her cat.

Joe Bell goes to the narrator's apartment hysterical about what he read in the newspaper. He arrives unable to make complete sentences. He knows that Holly Golightly's accusations involve some illegal business. He is also aware that she is in jail, and that he has to do something to help her. He presents the newspaper to the narrator so he can read the counts.

Joe Bell asks the narrator if he thinks she could commit such an act. The narrator states: "But there, she did do it. Carry messages and whatnot---" (Capote 94). Joe doesn't expect that type of response from the narrator: "He popped a Tums in his mouth and, glaring at me, chewed it as though he were crunching my bones" (Capote 94). Truman loved to cause turbulence and stir the pot.(Smith 426) Joe Bell and the narrator truly care for Holly, but seem to clash with each other at the same time. They are committed to making sure she is released from jail. They immediately begin calling people that has money to bail Holly out as soon as possible. That is probably why they began with O.J. Berman.

When trying to contact some of Holly's friends for help the narrator begins to realize what Holly said might be true, "Perhaps she'd been right when she said she had none, not really." (Capote 94).

1. With what does Joe Bell present the narrator when he arrives at his apartment?

2. Why isn't Jose able to be reached to get Holly out of jail?

3. Why is O.J. Berman unable to come to the telephone the first time the narrator calls?

4. What is the name of the lawyer O.J. Berman contacts to get Holly out of jail?

5. What special request does O.J. Berman give the lawyer?

6. How does the narrator enter into Holly's apartment to feed the cat?

7. Who is already in the apartment when the narrator arrives?

8. What is scribbled on the letter that the cousin presents to the narrator?