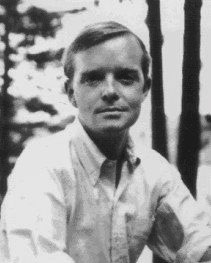 The narrator gets a call from Joe Bell about a friend of theirs from fifteen years ago: Holly Golightly. The narrator goes to visit Joe's bar, where Joe shows him photos of what seems to be a bust of Holly, found by the photographer I.Y. Yunioshi in Africa. The narrator leaves disappointed, and walks back to his old apartment's mailboxes, thinking about Holly Golightly.

The narrator flashes back to the "early years of the war" after he had been living in his brownstone about a week. He woke up one night close to summer to Mr. Yunioshi calling downstairs. Holly had lost her key and rung him to let her in. To placate his anger, she reminds him that she might pose for those pictures. The narrator describes a thin, boyish eighteen-year-old girl who is accompanied by a man. She refuses to let him in: he had obviously insulted her by giving her only 20¢ for the powder room.

The unnamed narrator, matured greatly as a writer since knowing Holly, has aged fifteen years since he has seen Holly Golightly and takes place in the present, in October, the fall of the year. Most of the novella is a reminiscence by the narrator of the time he knew Holly Golightly and her influence on his life. Both he and Joe Bell are getting old, and the narrator has become a realist, one who has experience with life — perhaps a bit cynical. Joe, however, wants to believe that Holly has been to Africa — that she is living the jet-setting life that he can share vicariously. To Joe, Holly is the celebrity on the cover of People; he longs to share in her life, even if it's from a distance.

The narrator's tale centers around Holly Golightly. Her name suggests an unattached, unconventional, ephemeral wanderer, in pursuit of that feeling of happiness that one would have on eating breakfast at Tiffany's (Nance 65). Perhaps the goal or the dream might not be as important as how she pursues it, capturing the hearts of the people she encounters, like she has the narrator and Joe Bell. She is, perhaps, the dreamer — the romantic — part of the narrator that has left him fifteen years hence. The narrator is now a cold observer of the world around him; he has perhaps lost that sense of wonder that he had when Holly had been a part of his life. He greatly admires her, and at the beginning of the novel, he longs to capture something that he seems to have lost from his past: his own breakfast at Tiffany's (Nance 122-23).

While Holly is just mentioned in the opening section of BaT, Joe Bell is described in detail. It seems, opines Tison Pugh, that Joe, like the narrator, is probably homosexual (51-53). However, this observation does not seem to be as important as seeming desperation to recapture something that Holly represents for him. He maintains that his desire for her is not sexual, so it seems to suggest something vital and alive that Joe's anonymous bar does not provide. He and the narrator are heading toward death, and Joe wants what he sees in Holly: "a wild and homeless love of freedom" (Hassan 18). 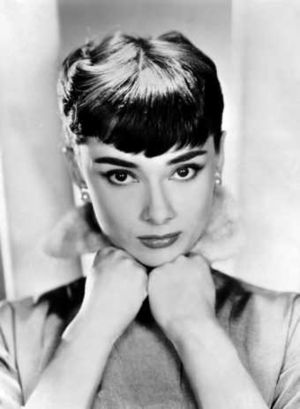 The narrator first hears of Holly, it is through her name slot: Miss Holly Golightly, Traveling. As much as people try to make Holly what they might want her to be, this is the first indication that she will not have it that way. She will not be tied down in a serious relationship, but will travel through life gracefully and free; everyday is a holiday (Clarke 313). The idea of traveling seems to be with purpose, unlike floating. Like Odysseus, perhaps Holly is on her own odyssey to find home; this idea should become clearer later in the novel. As Nance observes, her traveling is a search for a home she has not found yet, but it will be like Tiffany's when she does (112).

This idea is made twice more: she has lost her key, suggesting that she does not really belong anywhere, or that she is only a temporary resident. Finally, her defiance to Sid Arbuck suggests that she acquiesces to no man's desires if her does not to hers. The narrator's initial glimpse of Holly is one of a defiant, strong, sophisticated girl who seems to have qualities of the male gender. Perhaps, the narrator's and Bell's fascination with her is partially due to an androgynous appeal? Nance suggests that Holly "belongs to a later generation of Capote heroines who have learned to preserve their integrity by safeguarding their uniqueness. Society helplessly admires her and considers her crazy at the same time, but Capote and his narrator have only admiration for her" (112). He continues later by suggesting that

Holly makes honesty to self her guiding principle is not surprising when we remember that on the deepest level she is the Capote-narrator's alter ego, representing for him [. . .] the strange, unconventional side of himself. In admiring Holly he is being true to himself, making that act of acceptance that has been the dominant impulse in most of Capote's writing. (Nance 119)

Pugh sees Holly's unconventionality and her friendships with Bell and the narrator as a sign of her progressive sexual politics and "as a participant in the sexual struggle against conformity and conservatism" (52-53). Holly's boyish looks and manly self-confidence make her a strong voice even in today's sexual politics, fifty years later.