The scene takes place in a fancy Manhattan restaurant. Joe, Roy and a new character, Martin, who tells them how things are going in Washington, how the Republicans are going to gain full control of the Supreme Court, then the White House and finally the Senate and the whole Congress. After the talk changes to comradeship, Roy and Martin renew their question if Joe accepts the job and agrees to go to Washington. When Joe starts to hesitate, Roy pulls out a letter from the New York State Bar Association with a notice that Roy is going to be tried and disbar. He tells Joe that he needs somebody in the Justice Department to prevent his disbarment and that Joe is the best person for that job. Joe reacts to the plan saying it is unethical and he cannot do it. Only after Roy burst out with anger shouting that he is going to be a lawyer until he dies does Joe promises to think more about this proposal.

Religion, Judaism in particular, plays a very important role in Tony Kushner's Angels in America. Kushner himself is Jewish, even though he doesn't care much for the religion and instead calls himself a "serious agnostic" (Glenn). 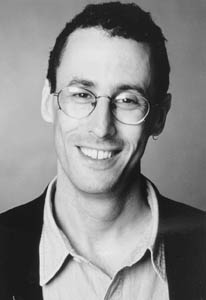 One of the characters through which Judaism is represented is Roy Cohn, a divorce lawyer who has been diagnosed with AIDS. Roy is very ambitious, which is shown through his enthusiastic overuse of the telephone system in his office. He uses everything and everyone, especially the law, to his best advantage.

While Roy claims to not be a religious person, he actually just has a very different way of identifying with his Jewish faith (Glenn). He realizes that his faith, as well as his sexuality, would most likely get in the way of his political aspirations so he chooses not to fully embrace these lifestyles. "I'm about to be tried, Joe, by a jury that is not a jury of my peers. The disbarment committee: genteel gentlemen Brahmin lawyers, country-club men. I offend them, to these men ... I'm what, Martin, some sort of filthy little Jewish troll?" (72-73). He believes that his job is affected by his religion, the same way he believes it would be in jeopardy if he publicly announced that he is "homosexual" and has AIDS. As a result, he attempts to hide it all in hope that it will not threaten his political reputation.

Another Jewish character is Louis Ironson. He is also rather detached from his faith, calling himself "an intensely secular Jew" (256) and instead developing "his own philosophy of life" (Glenn). He doesn't speak any Yiddish, he didn't have a Bar Mitzvah, and he does not know the Kaddish (nor what language it's in, for that matter). He criticizes Judaism, insisting that "It should be the questions and shape of a life, its total complexity gathered, arranged, and considered, which matters in the end, not some stamp of salvation or damnation which disperses all the complexity in some unsatisfying little decision - the balancing of the scale" (44-45).

Kushner says that Louis is "the closest thing to an autobiographical character he has ever created" (Glenn). They are both homosexual Jews who are uncertain about their family's religion. Kushner also claims that his family went to a very "Reform" Jewish congregation. "We didn't know Yiddish, we didn't know Hebrew, we didn't know prayers" (Glenn).

Though Louis and Roy are very different characters, they both, like Kushner, have strayed from their Jewish roots and developed their own views on life.